The tiny Ruby Crowned Kinglet gets the name from a bright red crest on the male.  If you’re outside and you see a tiny (slightly larger than our hummingbirds!) greenish bird flitting around, it’s worth stopping to watch these quick little foragers!

They make a little scolding sound that you’re more likely to hear before you actually see them.  These little birds nest north of here, but spend the winter with us, checking out the eggs left by insects on the branches and leaves of trees. 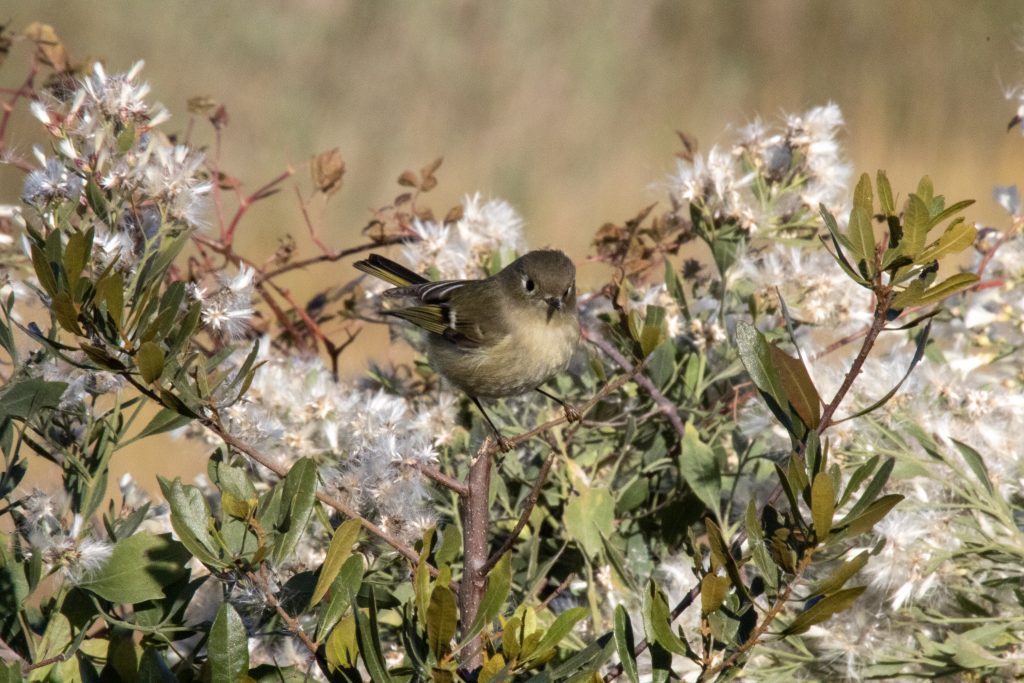 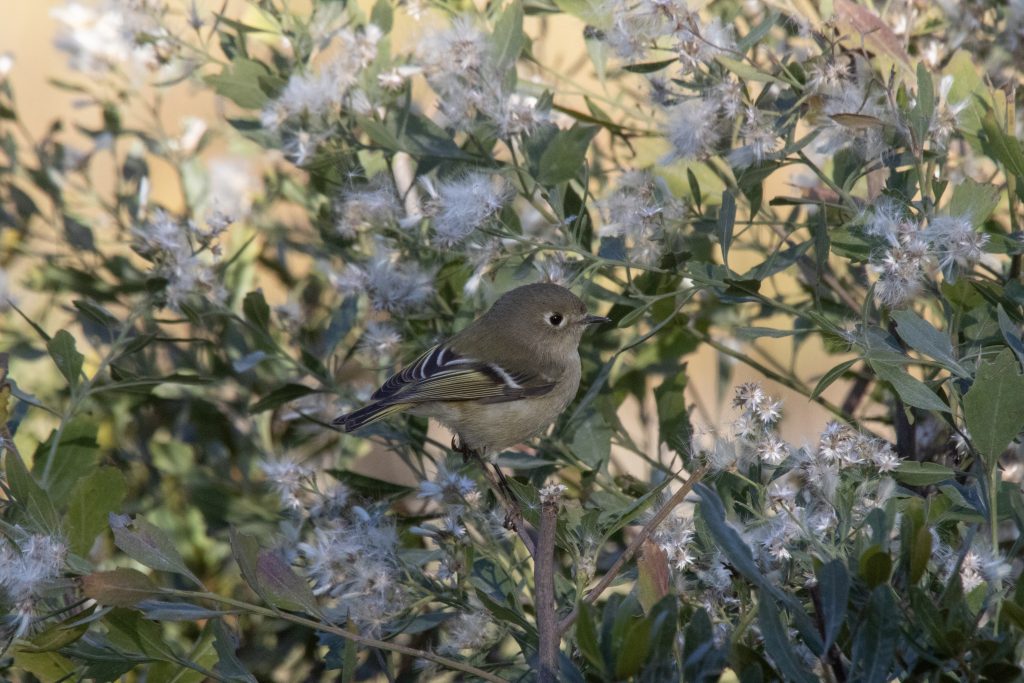 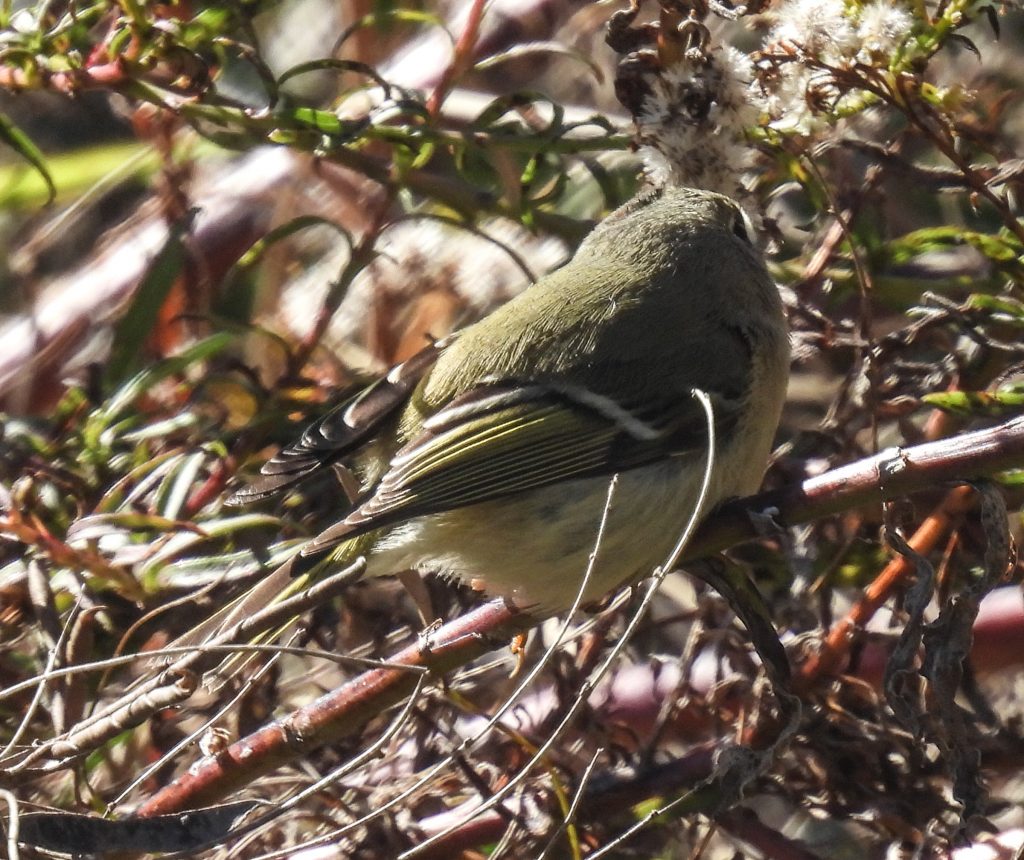 Once you connect that little sound (one bird book describes it as a staccato chatter) with the bird, you’re likely to see them everywhere.  Getting great shots is really hard– kinglets move quickly and by the time the camera is focused, they are out of the shot already. 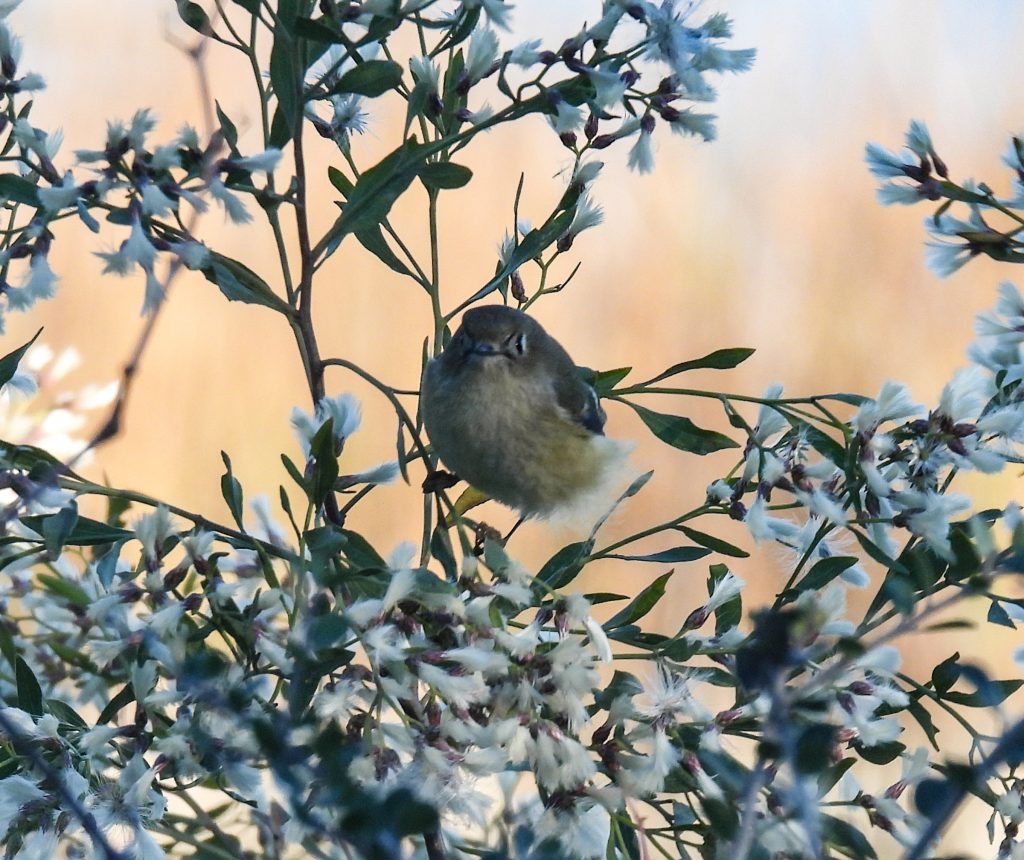 The first time I saw one of these in Mount Pleasant, I saw the tiny bird hovering and thought it was a hummingbird.  With a 7.5 inch wingspan, they’re a little larger than hummingbirds: our most common hummingbird (the Ruby Throated) has only a 4.5 inch wingspan. And there’s actually another kinglet that sometimes flocks with the Ruby Crowned Kinglet: the Golden Crowned Kinglet.  The Golden Crowned is also a little smaller than the Ruby Crowned, with only a 7 inch wingspan. They’re a nemesis bird for me– hard to capture effectively, but here are two shots to give you a sense of the Golden Crowned, which is also a winter resident in South Carolina. 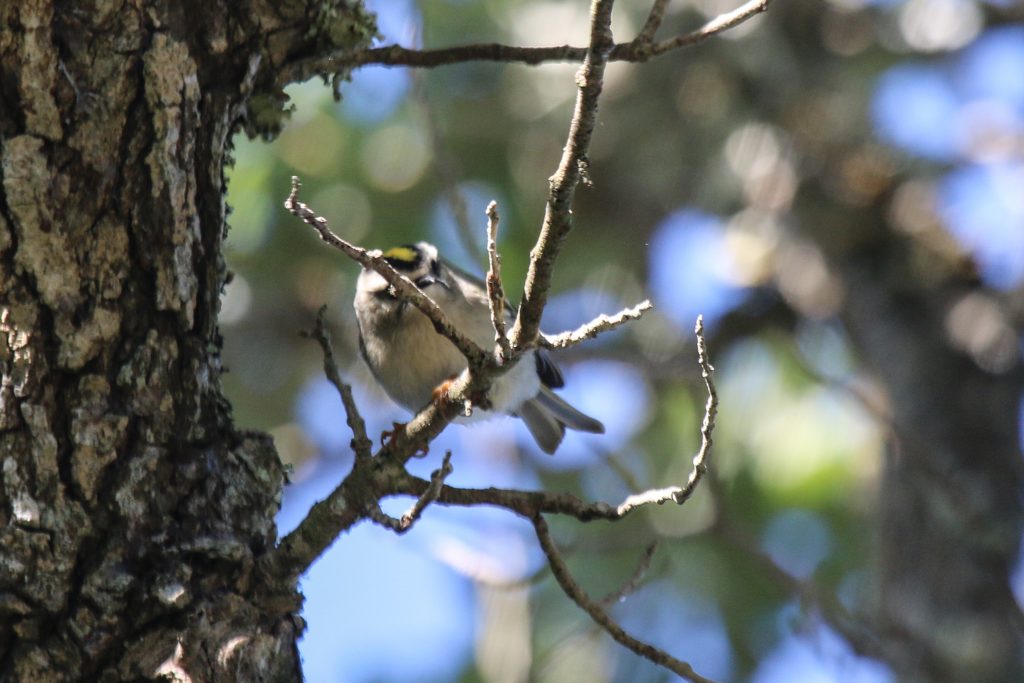 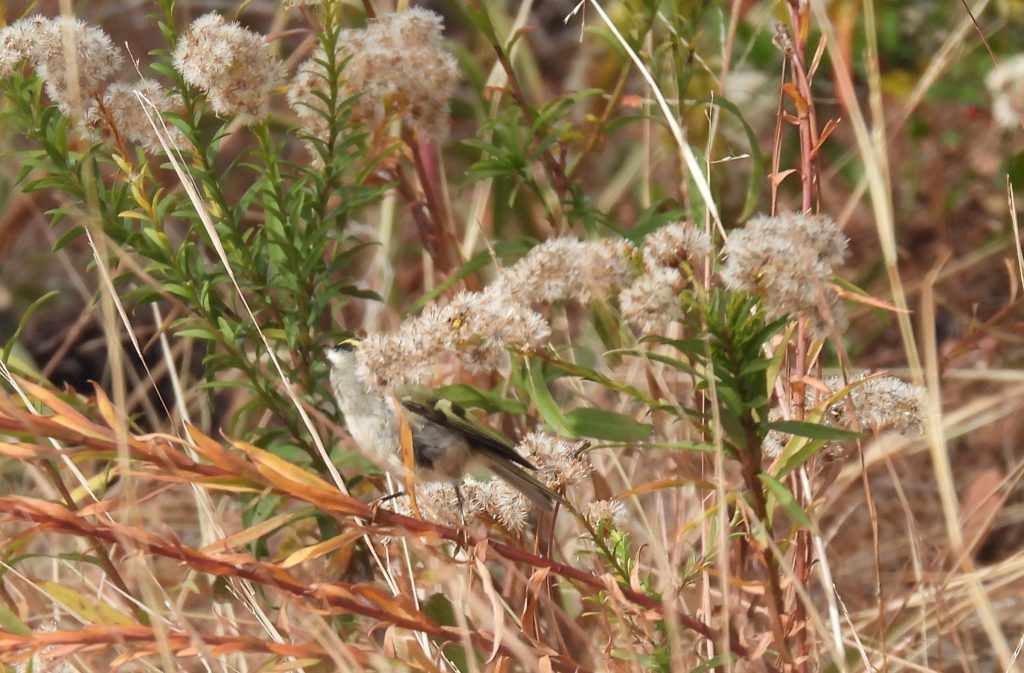 Ruby Crowned Kinglets get their names from the male’s bright red crest, which is not always visible.  Local Photographer Jim Epper got this one in full glory! 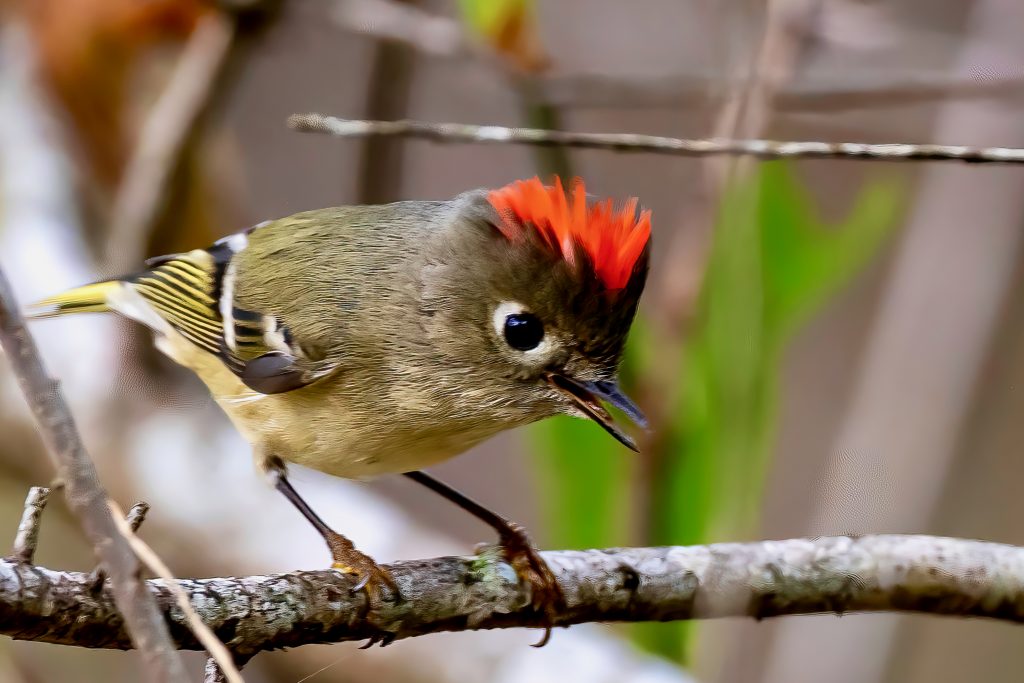 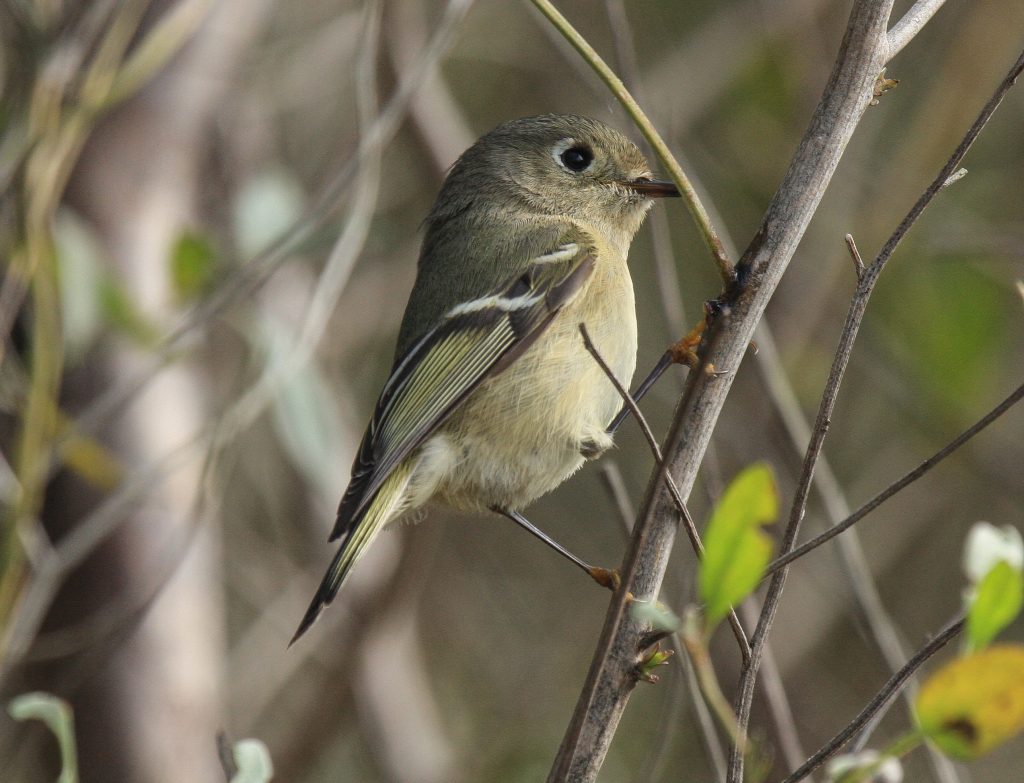 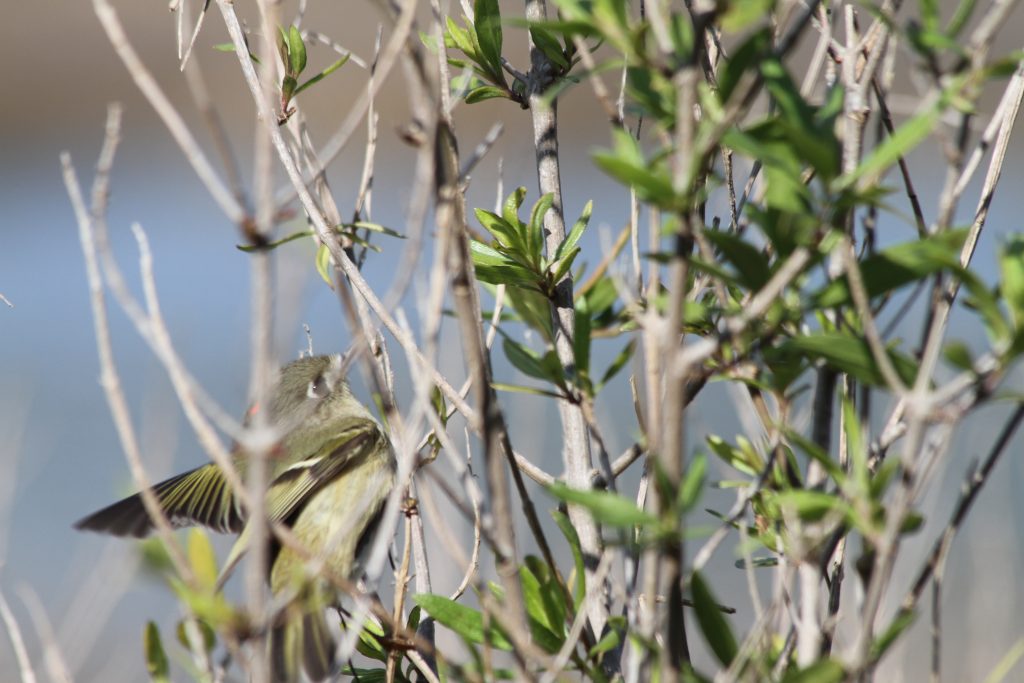 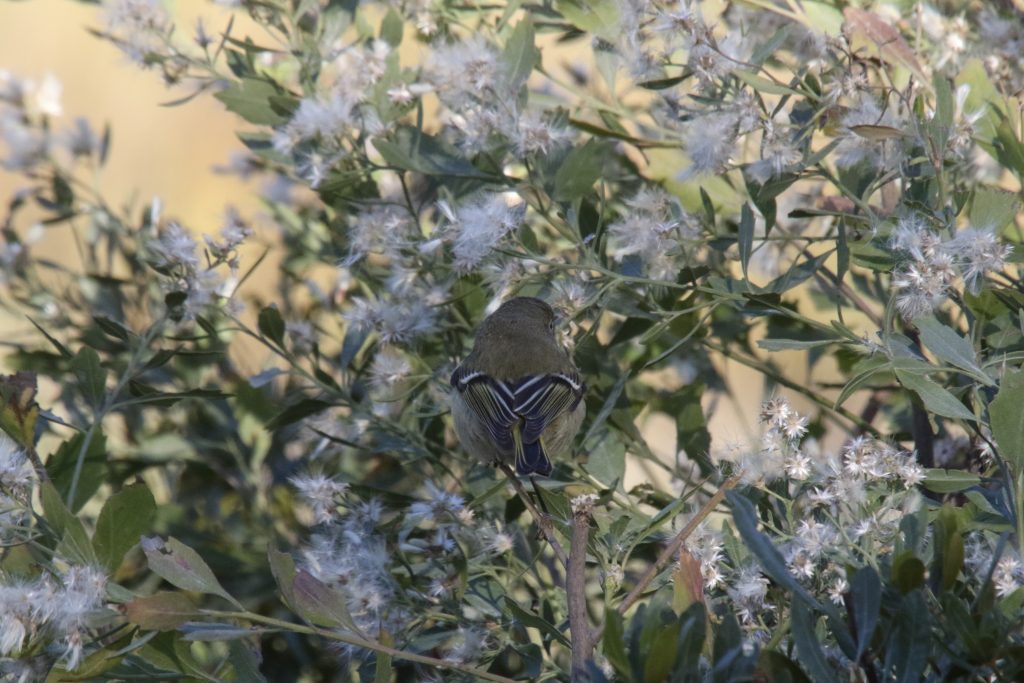 It’s really worth being patient when you are trying to get a glimpse of these guys in the trees: they may come out and hover to catch a fly or turn over leaves on the trees for spider eggs.  They can be so cute!  Look for a broken eye ring, wing bars, and a pretty tiny greenish bird. 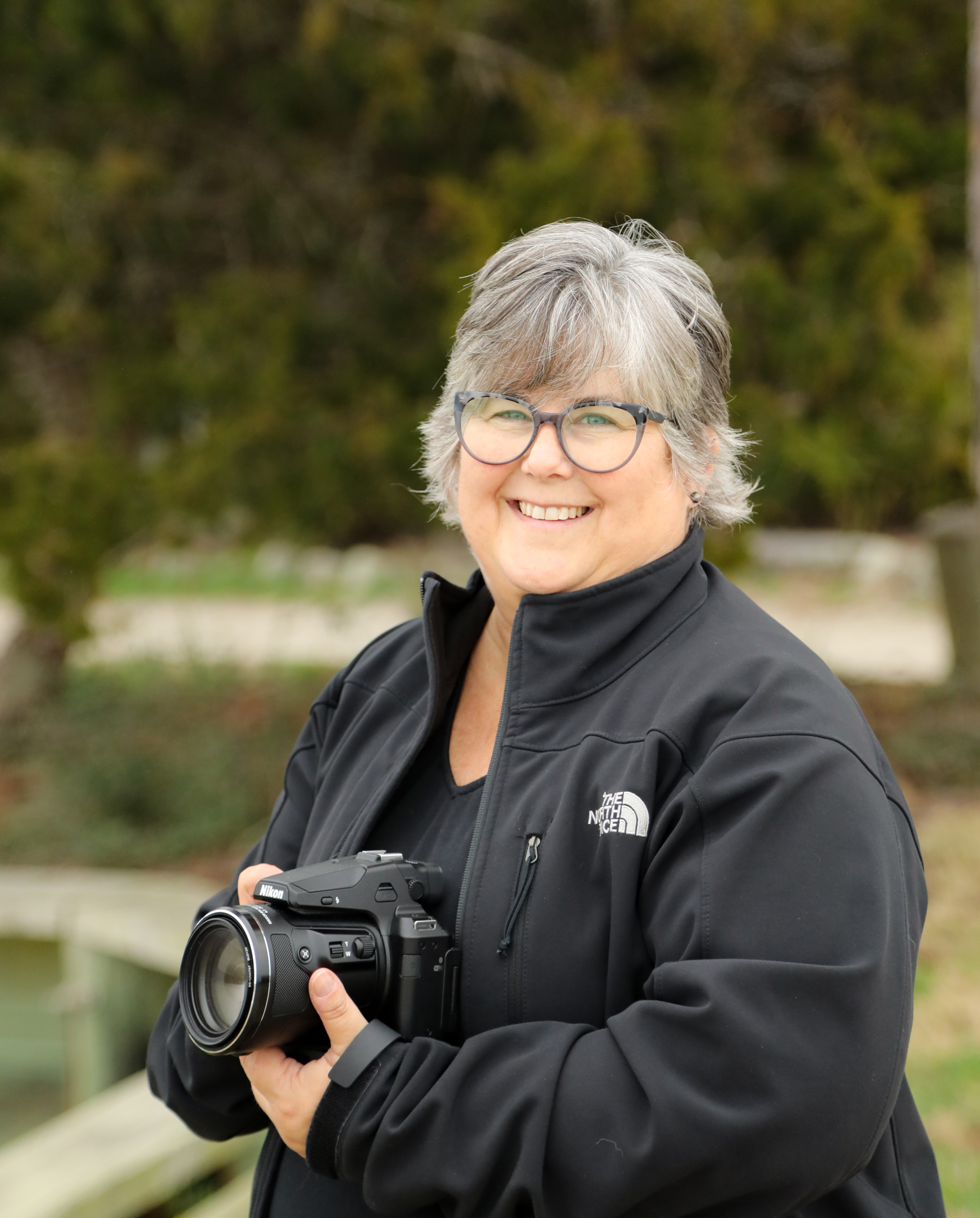